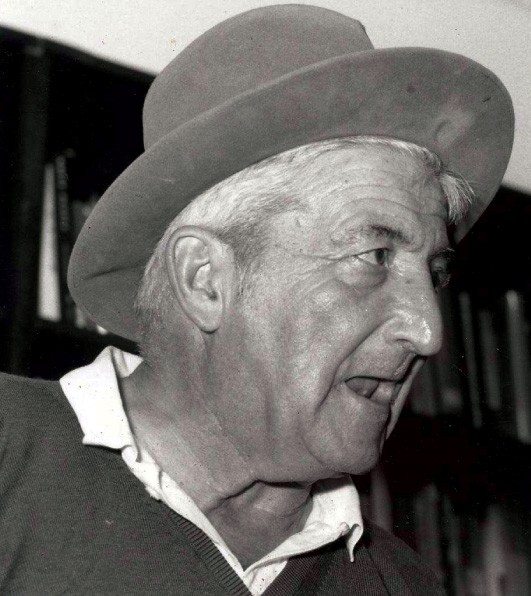 I met the poet Jack Micheline in 1970 in New York City at Dr Generosity’s, a saloon at 73rd and Second on the East Side. I waited tables there and helped run a Sunday afternoon reading series and was editor and publisher of the Dr Generosity Press, which from 1969 through 1972 put out a number of books and broadsides of poetry.

Of all the poets who came through the Doctor’s doors, and the list is long and impressive, Jack was the only one who was a full time poet. I mean that’s all Jack did, be a poet. He had no regular job, didn’t teach, and at the time was sleeping on the subway. For drink and food Jack would take a poem or two in typescript, make copies, staple the pages inside a brown folder, and on the cover write the poem’s title with a marker. On the inside there was a cover page with the title and Jack’s signature and the edition number, like This Is Copy 3 Of A Limited Edition Of 10 Copies, again written by Jack with a marker. These productions he peddled for a few dollars each in saloons and on the street. Jack called them Midnight Special Editions.

At that time there were several saloons with regular poetry readings, uptown and downtown, The Tin Palace and St. Adrian’s among them. Jack always showed up for these events, and always, invited or not, got on stage and recited a piece or two. Never read, always recited. He knew all his poems by heart. Other poets carried briefcases stuffed with paper, Jack carried his poems in his head.

At some point in the early 70s Jack moved out to San Francisco and we kept in touch by mail. In 1975 I was involved in the production of a book of his, Street of Lost Fools. I lived in Westhampton and had a studio connected to the garage behind the house, where I drank and wrote and kept the pot belly stove cranked up to 80 degrees. One winter night I ran out of plugs of wood for the stove, there was snow on the ground outside where the woodpile sat, I was shirtless and drunk and dreaming myself in Hawaii. No way was I going to get bundled up to go out in the freeze and get wood, no way. So I fed 30 or 40 unbound copies of Jack’s book into the pot belly. The stove glowed. Never has any poet’s work given me such immediate satisfaction.

In 1980 I moved back to Hawaii and lost touch with Jack. I got sober and realized the book burning was a terrible thing to do. I had to make an amends to Jack, but I had no idea where he was. So I wrote this poem to him:

no tall structure stuffed
with poached fish eager
to bathe in the gentle rip
of your rough songs.

a saloon where any poem
is only as good as a turn of the head,
quiet vocabulary of the eyes

a roomful of strangers
come to drink and
listen each to his own voice.

stiff fish listening only
to each other, learning
only from each other

you Sir,
scotch and ginger aristocrat
true man of the art whose book
is written on the living heart

though cut by age and passing fashion
you come on Sundays
to read yourself
in this saloon.

Consider this a sonnet on your door.

That was my amends to Jack, a true poet. I never thought I’d see him again. Then one night I got a call from Jack, drinking in a Village bar with the poet Dan Murray who had my phone number. 9 o’clock for me in Hawaii and 3am for them in New York. It was great to hear Jack’s voice again. I got his address and we resumed correspondence. I told him about the books used as fuel and sent him the poem. He told me the burning was okay since I had to keep warm, and said he liked the poem, he was making copies to give out on the streets in San Francisco. Then I was in New York in 1994 and saw Jack on Bleecker Street, we had coffee and he said he was waiting for the limo to take him to the studio, he was taping the Conan O’Brien show. Next day he came out to Riverhead and on to Sag Harbor for a reading at Canio’s and we spent the night as guests of a lady poetry lover whose name escapes me and the following day taped a television segment having to do with Street Press, which was the publisher of Street of Lost Fools. We had a good time. Then Jack went back to the West Coast and I went back to Hawaii. We wrote back and forth until Jack passed away.

I had quite a collection of letters and drawings and paintings Jack had sent me over the years. I needed to get new teeth so I sold them as a package to a person who collects things like that. I got the teeth and felt I should let Jack know about it, that once again I had used his writing for my personal satisfaction, so I wrote him this poem:

It hasn’t changed Jack
they’re still whipping the metal flanks
for speed and anybody of worth
has been turned out into the cold.

It’s coming to a boil again
with new and bigger weapons,
any day now a bright light will dull
the sun and biochemistry lay waste millions.

Poetry’s a murmur, starved thin
with washboard ribs, living
on the outskirts, taught in college
by mortgages in suits.

At least the night is quiet, full of peace
and sleeping birds dreaming dawn.
What’s it like there ? Is it Paradise
or just another dry mouth morning?

I’m selling all your books and letters
because I need new teeth. I know
for teeth or hunger you’d forgive me Jack.
I’ve got food but nothing to eat it with.

Ray Freed has published several books of poetry, most recently ‘All Horses Are Flowers’. He lives on the Kona Coast of the Big Island of Hawaii. ‘To The Poet Jack Micheline On The Occasion Of Another Saloon Reading’ was first published as a broadside by Hualalai Press in 1990. This article first appeared in the Spring 2001 issue of ‘Poetrybay’.